A new version of Siemens DIGSI 5 has recently been released. The software for configuring, parameterizing and operating devices of the SIPROTEC 5 family available in version V7.50 comes along already with the fourth hotfix.
The most important changes have been summarized here for you:
In addition to some mandatory bugfixes and customizations, there have been some improvements regarding IEC 61850 engineering and GOOSE communication. Furthermore, the new version is now also compatible with Windows 10 (64-bit). In addition, the configuration of up to 24 current channels for process bus applications is now possible. For example, the process bus expansion module can be configured to support a busbar protection system with up to 6 fields using the Siemens Mergin Unit.‍

Should you install the new update?‍

Yes absolutely! Only with the latest version of DIGSI-5 you can access devices with the latest drivers. The IO modules IO111 and IO233 are only supported by version 7.50.

Siemens also promises backward compatibility with older devices so that existing DIGSI 5 projects (V3.0 and newer) can be further processed.

Also remember to install the new device drivers and protocols in addition to the DIGSI 5 update! Otherwise, with the many versions of Siemens, one is often in the plant or substation with missing drivers and does not have access to the devices. So rather prepare the software in the office, because with the size of the updates (DIGSI 5 V7.50: 1.0 GB and driver package: 4.5 GB !!!) most mobile hot spots will be exhausted quickly ;) 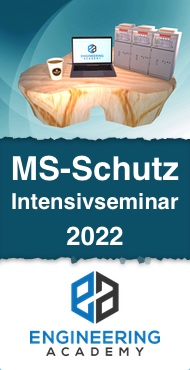